Steve Wilson (no relation!) published another of his brilliant books “The Element of Death” which I’m currently reading. Steve’s tale gave me an idea for a title.

Perhaps my story doesn’t quite live up to the title, but who cares.
This is a piece of hokum, inspired by Rudyard Kipling’s characters in “The Jungle Book” . . . (and Steve’s book!).

“Mowgli, I need you to investigate this for me.” said Baloo one steamy Monday morning. I’d just walked into HQ behind 3 capuchins brought into the station by Constable Bagheera for hooligan behaviour.

The old boy had a large paw across his eyes and his head was bowed over his desk. I managed to shout over the monkey’s cacophony.

“An elephant’s been found dead by the watering hole. It looks like he’s been tusked to death. And it’s not just any elephant. It’s Hathi.”

“Hathi? My God! The leader’s been shafted? By another elephant?”

Baloo got off his seat and, up on his hind legs, said “Boy, I haven’t got an answer! I can’t solve all the cases around here. I’m rushed off my feet as it is. You have to take on some responsibility.”

Steady. I was finding this difficult to take. Yes, I’d been leaving a lot of case work to Baloo lately, but only because he’d loaned me out for a month to the human village for a murder case that had confounded their very best detectives.

Mind you, I was glad I’d gone or I’d never have met Shanti one late afternoon, washing some clothes in a pool. She was so beautiful. But I hadn’t realised she was an undercover policewoman who’d also been sent there by the Inspector. After I’d solved the case and the hullabaloo had died down, she left the village. No one would tell me where she’d gone, and I couldn’t ask. I was frightened of giving her away.

Even Inspector Baloo wouldn’t give me her whereabouts.

“For God’s sake Mowgli. Man up! You can’t expect me to blow her cover to suit your carnal desires!”

I didn’t care. I’d find her somewhere, someday. And we’d swing through the treetops together all the way to Timbuktu. And to hell with the Thin Blue Line.

But to Baloo today I said “Leave it with me boss. I’m on it.”

Who knew? as we kids like to say, I might find Shanti in my investigation. But somehow I doubted it.

Tabaqui and I arrived at the murder scene at the height of a downpour. The rain made a dull thudding sound as it drummed down on the slackening skin of the late elephant. It pooled and flooded the corpse, in clouded muddy pools, while the wise old leader’s wife stood with her trunk tenderly wrapped around the neck of her young son. No sooner cried, than the deluge washed the tears from their brown eyes.

I called Radha away and placed her so that the death scene was behind her. Selfishly I think that must have been for my own sake, as she’d already drawn and re-drawn the horrifying spectacle in her mind’s eye, and would never forget it.

“I’m sorry to ask you these questions at such a bad time, Radha, but do you know what happened here?”

Drawing some strength she said “I knew Hathi was worried about something, and he’d often come down to the waterhole for some thinking time in the peaceful early morning.” She managed to say “But… but… I didn’t know… he wouldn’t come back this time…” before breaking down.

Then she gathered herself again saying “He said something about talking to King Louie. The King had loaned us some money for my son’s education, and I’ll be honest… we were finding it difficult keeping up the payments.”

“Aha!” I said, immediately regretting the cliché. Tabaqui took Radha gratefully back to her son who’d sat down with his back to a tree, his head in his hands, while I talked with his mother. They walked back to the village together, his trunk through her tail. I wasn’t worried. I knew where they’d be if I needed them.

“Tabaqui, see the wound.” I pointed. “It’s not a tusk that did this. It’s not ragged. An elephant would gore and turn the tusk around the wound to open it up. This is something much cleaner.”

“As though it had been done with a sharp stick or somethin’, boss?” said Tabaqui.

“I’ve got a great teacher, sir.” he slavered charmingly.

When we’d finished stroking each other’s egos, I told him I was off to see mad King Louie. Tabaqui would guard the body until the SOCO team arrived, although I didn’t think there was any more evidence to collect.

As I arrived at the palace I heard music and a girl’s scream. I pushed aside the 2 orangutans on the door, shoving my badge in one of their ugly mushes. But the other still managed to shout a warning.

“Oh really! He’ll want his ball back, I’ll bet!” said the cackling voice of the King in response.

A band of young chimpanzees were playing menacing music on drums and bassoons, with the odd vuvuzela thrown in.

“Louie!” I tried to yell, but the air was thick with a noxious smoky substance that coated my vocal chords and turned my voice into a high-pitched helium whine. Various intertwined couples moved back and forth, seductively, across the flags.

The King seemed impervious to the poisonous atmosphere, and his basso voice shook the cracked flags of the courtyard.

Before I could say anything in reply though he’d pushed me down into a chair.

“Sit down! You’re making the place look untidy Mowgli. I’m trying to have a party!”

He danced some crazy steps, then stretching up, raised his paw, banging hard on a grass cage suspended from a rafter above the courtyard. Another squeal from above. This must have pleased Louie, because he started singing about being the King of the Swingers, a Jungle VIP.

I wasn’t interested in his megalomania. Next to my chair in the light of a tarry flare I saw a collection of tribal weapons strewn in a corner and a spear thrust in a huge vase. The dull metalled tip glistened darkly with something that looked like new red blood.

A guard gave me a glance from across the floor but didn’t notice my interest in the assegai. In one movement I had hold of a flare and my standard issue truncheon, and swiped at and dispatched the on-rushing goon to the flagged floor. The music died away in a discordant squawk, and at the same time Tabaqui burst massively into the compound on his hind legs, and straight into the centre of the band, sending congas and goons tumbling over one another.

I pointed at King Louie and the Constable leapt through the air and grabbed the King’s arm in his jaws.

“Ow! Down boy! Mind the royal blood, you damned dog!”

“That’s insubordination of a police officer King Louie. And, there’s blood on this spear tip. I’m taking it as evidence in a murder investigation.”

“Well, why don’t you just go ahead then?” he said nonchalantly.

“Evidence in the murder of Hathi, the elephant.” I said pithily. I was sure King Louie had turned a lighter shade of tangerine at this.

“I’m also aware you’ve added money-lending to your portfolio.” I added, which brought another sneer from him.

I pushed a large day-bed into the middle of the courtyard and, grabbing a machete, I cut through the rope that was keeping the grass cage suspended. It fell onto the mattress of palm leaves with a loud swishing sound. The prison had fallen on it’s side with the door visible. I gazed inside and cut through the vine holding the door shut, and after a moment or two, a small pair of hands grasped each side of the cage and a vision in a shimmering green costume slowly climbed out.

“You’ve come to save me” she said in wonderment.

I was amazed. It was Shanti. “I wouldn’t call those plain clothes’“ I couldn’t help saying.

“So you two know each other?” said King Louie.

I didn’t mind what he said now. Where Louie was no doubt going, he’d have no more jurisdiction over Shanti’s fate for a long, long time.

To hell with subterfuge. I pulled her close in to me…

Photo credits: With grateful thanks for 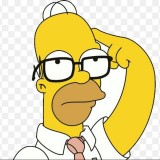 2 replies on “The Elephant of Doom”

Really enjoyed this one …. very funny and interesting use of the Jungle Book characters … a good read!

Brilliant – but I don’t see how my story inspired it (I don’t remember any elephants in mine, and, I’m told, elephants never forget, so there can’t have been any)